Navigate back to the homepage

*This post is my first post in my explained series - where I take a concept from software engineering and explain it as succinctly and simply as possible. The goal is to have three sections for each explanation - 1. What is it? 2. Example 3. When would I use it?.

The goal is to help you increase your breadth of knowledge whilst still giving you some level of depth.

I would love your feedback if you have any on what other topics you’d like to see - you can reach me on twitter: @harryblucas*

This is another one of those terms that sounds fancy, but really isn’t.

Function composition is process of combining two or more functions together into a single function, that produces the same result as if the functions were called independently and the result was passed from one to another.

To break it down - we take two (or more) functions, and pass the result of calling the first function with the supplied argument to the second function and so forth.

To simplify it, you can think of a function as an individual Lego block.

Function composition is then the process of combining one or more of these Lego blocks in to a larger structure.

For an example, let’s pretend we want to take a string, and count how many words start with the letter s.

First we create our individual Lego blocks (functions) that we are going to use to build the bigger block (function).

Which in code would be defined as: 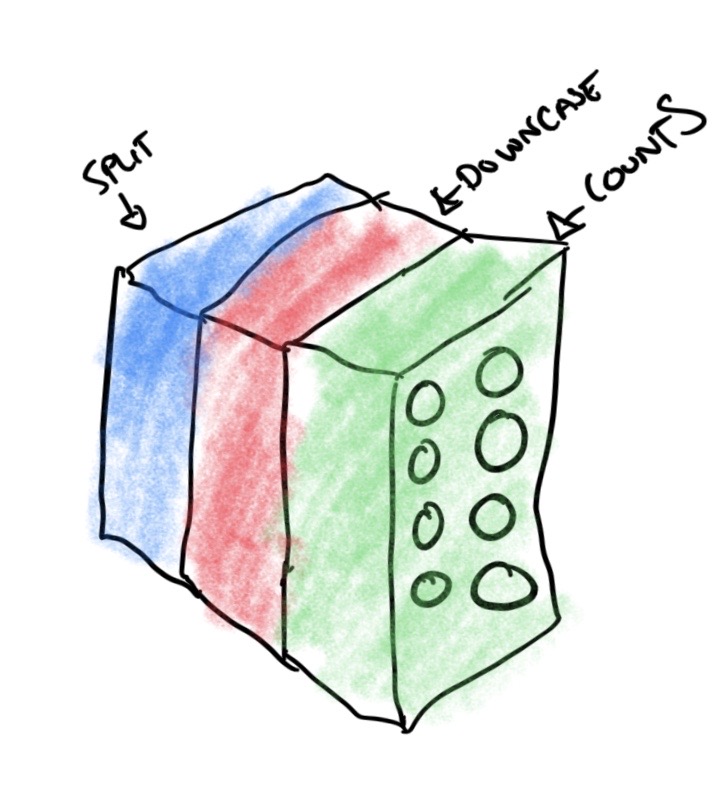 To do this in code:

To read a function composed like this, you read it inside out.

However this isn’t as clear as it could be, so instead to make it a bit clearer, what a lot of functional programmers will do is introduce a compose or pipe function, which is super simple and makes the above, even clearer. To read an example of what a pipe function is you can click here.

Which is now a very readable function declaration that reads like a recipe when cooking (split then downcase then count), all without a variable assignment.

Now of course this isn’t the most robust example, but it is a start for getting your head around exactly what function composition is.

When should I use it?

The great thing about adopting more of a function composition mindset is that it forces you to break apart your functions into their smallest component pieces.

This promotes composability, reuse and is in my opinion much easier to read.

For example, if we wrote this the traditional way:

Whilst we have gained the benefit of having it all in one line, we have:

1 other person is subscribed

You can be number 2. Think about the exclusivity, the clout - all could be yours. Join the club and get top quality content like the above straight to your inbox.

Cleaning up your Elixir Code

You know you should be writing clean code, but you don't know always know how. Hopefully this helps.

Recently I watched a fantastic talk from Saša Jurić , which goes through a lot of the internals of the how the BEAM VM works. If you…